Growing vegan weed can be expanded into eating, lotions, and Gel’s, is vegan real, and My Great Vapes will share what we know about veganic weed and other supportive alternatives along the way. Those who have many questions will feel safer and more comfortable. When you hear the word vegan, what do you hear? Do you think of just food? You will want to keep reading if you care about plants as much as we do.  Growing vegan weed or CBD, THC there, all part of the marijuana family think of them as all cousins, and they are all related one way or another.

Vegan can bring many benefits to the table. In this article, you will view facts and debunks that you heard and seen plastered fake news all over the internet that put fear into others who have not learned the fundamentals of Growing vegan weed or even understand.

Growing vegan weed is not as hard as it sounds, but when it comes to this article, you will find what you are looking for and more knowledge than you came with. Get ready to get the best research laid out in one scoop.

My Great Vapes will explain the difference between Vegan and Organic and if vegan weed is prevalent for our health. Consider what a cultivator puts in a diet for growing weed to help mature the flower faster, like zinc, calcium, phosphate, and nitrogen, to make them bloom beyond their full potential pushing the limits of growth.

Other words are used in a big industry like cannabis, such as CBD, THC, dank, or marijuana. You will learn the different regimens you may use to smoke or use vegan weed products in the purest and cleanest form. 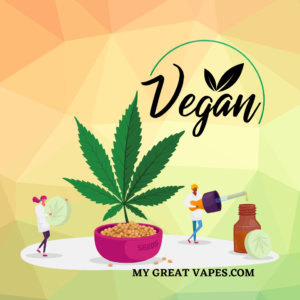 CLICK HERE if you want to know or learn how much protein is in raw cannabis.

Myth: when you grind up cannabis material and use it for cooking, it won’t work unless decarboxylation is used.

Believe it or not!

Growing vegan weed is not as hard as one would think. Believe it or not, the nutrients that dispensaries use are less powerful than a simple regimen that everyone should be doing, like Vermicomposting. Unnatural contaminants and metals are harmful to our health if coming from different forms of sources.

You can use natural compounds from the earth to get minerals and vitamins when growing vegan weed.

We think everyone and anyone can do this. Being dedicated to receiving and growing vegan weed or using products, if you are an all-time CBD or THC user, and if you’re tired of not having clean, non-chemical, pesticide-free weed, then keep reading. Dont we all want to want to know what we are ingesting, just like food and drinks?

Even if you did not use cannabis products this is a practice we should all be adapting to help our own world out.

The best key to growing vegan weed starts with the dirt medium, natural nutrients then harvest.

Is Vermicomposting the Way?

Vermicomposting can sound disgusting, but we think of the dirt and waste from worms as an environmental way to freshen up roots and fruit and give back to our earth. Which they call black Gold or Worm tea, found in Walmart stores or indoor or outdoor plant nurseries.

Veganic cultivators are changing the world on how commercial industries, farms, and hobby growers are learning how natural plant-derived farming methods will sustain the smell, taste, and how potent cannabis can be. 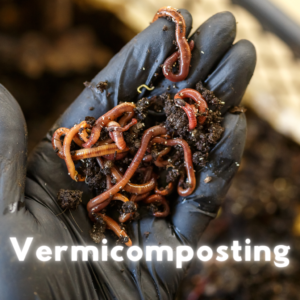 Depending on your views on being vegan, vermicomposting can be a way to grow vegan weed. If your worms are on a tightly controlled diet, your worm castings will become vegan, organic, and GMO-free. (Genetically Modified organisms.)

When growers think of weed (Flowers), they think of the biggest and fattest Khola they can grow made with the best nutrients. Learn the fastest way to grow seed to shelf with fewer remnants or contaminants.

Vermicomposting consists of removing your food waste from your house,s such as leftover vegetable scraps, fruits, coffee grounds, organic waste, leaves, and cardboard, without ink or print. Being vegan consists of feeding your worm’s bone meal and blood meal. Worms break it down in a bin which has levels which are called worm castings. These worm castings depending on what you feed your worms will determine whether your worm castings are vegan.

If the worms are not eating vegan, they are not producing vegan casting.

The true meaning of being veganic from Wikipedia says; that the veganic gardening method started with Rosa Delziel O’Brien and Kenneth O’Brien. O’Brien argues that animal manures are harmful to soil health and would not make it okay to use in mediums. You can use straw hay and other vegetable wastes to maintain vitamins, and minerals, in soil fertility.

Being Veganic is two words combined “Vegan” and “Organic” (Veganic.) This guarantees that weed is grown organic with plant-based fertilizers, which will be VEGANIC Pesticides are not needed. As “Vegan Organic Network” explains in other words.

Is there a difference between a vegan and a vegetarian?  A vegan excludes nuts, seeds, whole grains, dairy, eggs, meat, poultry, animal products, and fish and seafood, as for a vegetarian, their diet eliminates Meat, Polturay, fish, and seafood only.

Vegan, Veganic, and Vegetarian all sound the same, but there are key differences between them. We hope that we have explained to the best of our in depth-research.

When you hear Veganic, you will understand that they are words combined, one Vegan and the other Organic, which makes Veganic. 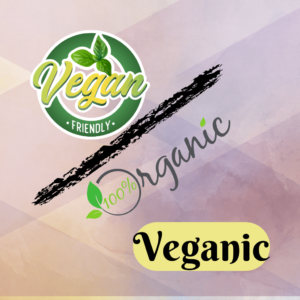 Anything that is “Cruelty-Free of Animals.” Even though plants are fertilized with fish, shellfish, and insects, can be amended to not have these. It is hard to get material that contains nothing but organic or vegan-style weed.

Are plants free of growing without all these forced fertilizers that contain fish and shellfish?

You can use grain meal food to replace fertilizers, soybean meal, and organic cornmeal.

Being vegan and organic share the same values; both want sustainable food systems of non-contaminates.

According to USDA, they want a food system that delivers food security and nutritional value for economic and social environmental bases to be sustainable for future food systems to satisfy human food needs.

Organic is only liable to be called Organic if the soil has been amended and prohibited from chemicals and free of contaminants for three years or longer before any harvest.

When Organic dirt is made, they amend it with peat moss, coco core plant material, sand, or perlite to get the purest natural minerals needed to thrive.

Organic means anything related to natural materials that come from living things as naturally as possible.

Meat fish contain high amounts of Hormones and microplastics, which leads to diabetes, heart disease, and cancers; if you switch to a vegan plant-based diet, you can eliminate this percentage in half.

Foods are grown free of contaminated materials, with different mediums (soil) free of pesticides and clear of any metals, fertilizers, and contaminants to grow the best and freshest fruits, vegetables, and plants. 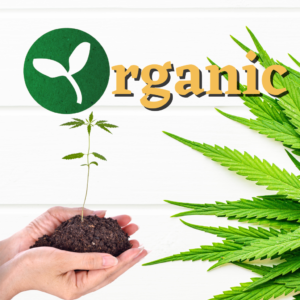 Were are not telling you to stop eating meat if you just want to smoke the cleanest weed by growing vegan weed.

If you care about the environment as much as “My Great Vapes,” you will learn the fundamentals of a veganic diet.

Is Vegan Weed A Real Thing?

Vegan weed is real, and if grown with the right material and the best dirt, it brings fruitfulness in the harvest with non-contaminated soil.

Being vegan and learning about how cannabis portrays different characteristics which correlate to our health in numerous ways, such as the endocannabinoid system in our body.

Working with CB1 and CB2 receptors in our brain for pain, anxiety, motor control, and brain function helps with its psychoactive properties.

If you try to get your weed from the dispensary, you won’t know exactly what materials they use to grow their harvest. In that case, you’re taking a risk.

By growing vegan weed yourself, you can only ensure the best and purest weed from seed to harvest, amended with the best soil for cheaper prices and better quality.

If you are trying to get vegan weed from dispensaries, then you will need to do lots of searching to find vegan weed. 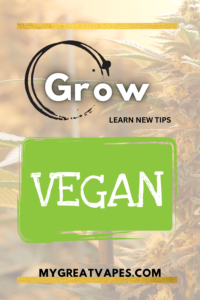 Learn how to amend your soil to get the best regimen for growing vegan weed. Even if you are not all about vegan but are a recreational user and smoker, you will want to learn the best way possible.

You may use coco core, a light-medium that you must keep up with when you water plants.

If you use peat moss, you want to use a coco core medium. Watering your plants will need to be attended to every other day for water feedings for any plants using coco core. Peat moss stays a little wet longer to help with roots getting feed slow.

People might think if you grow vegan weed, your yield will be less, but actually, it will be the same if not more veganic holds more nutrients and minerals that plants love.

Depending on the regimen you use on plants, they may be considered vegan or veganic.

Coco Core, Sand, Perlite, Pumice, Compost, and vermicomposting can be the best dirt.

Learning the difference and key points between Vegans, Veganic, and Vegetarians is not as hard as you think. You can learn from “My Great Vapes.” Which one are you? What do you prefer when it comes to smoking or using cannabis products?

Let us know in the comments below, Please, as we want to see what preference others got.

If there was anything that we left out that others know as Vegans correct us for, we might be wrong and sourced our work and content from top-rated websites that are credited to the USDA and other medical websites.

What is your preference for Vegan, Veganic, and Vegetarian?

If you live in an area that allows you to grow or have access to dispensaries then inquire about vegan regimens that can help, or even better yet, call and ask and see how they grew their weed.

Your second way to get more answers is to write your local farmers and see what they are doing to help with growing vegan weed.

When growing vegan weed, there will be key points that are vital for our health if you’re an everyday user and if not, then you can still be safe and utilize all key points. 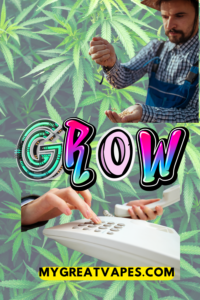 Veganic plants can guarantee you get the best nutrients your plant needs without all contaminants from undesired living organisms.

There is a great regimen up top; please referee to backup Top.

No votes so far! Be the first to rate this post.

Hi, there everyone we have put this site together to help educate and relate to others that have the same pain. Your wants or needs that we overlook when it comes to CBD. We want to teach you everything there is to know about that YOU need to know the benefits that come from CBD. The brands are trusted and lab-tested to be safe and ensure the quality that is produced. the fact that come from research and science studies that are done with precision and diligence. We make sure that you get the facts first, to show you that we are dealing with the same problems. Figuring out what alternative to turn to is the hardest part of the change. It does not change anything it is managing your pain levels and taking charge to the next step to relief. Cheers, Mathew&Deloris 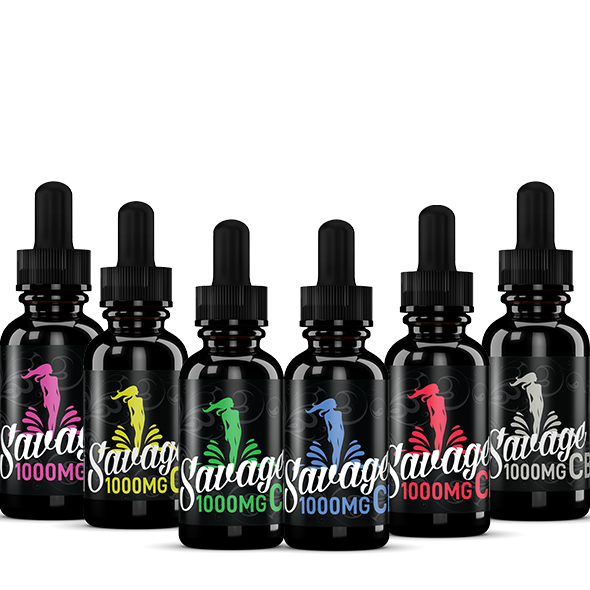 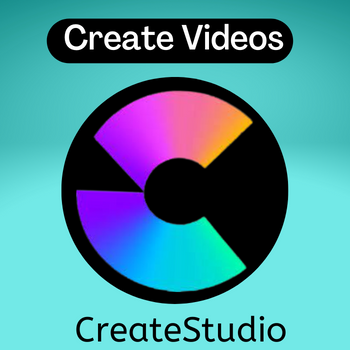 Affiliate link
Are you 18 or older? Mature Audience for this site only